CoinAd.media has launched a crypto service Marketplace that provides solutions for any advertising and marketing tasks; focused on the cryptocurrency and blockchain market niches. Typical challenges and problems shall be eliminated instantly by connecting publishers and advertisers in the industry on a common platform designed to meet their needs.

Being in the market for three years we at CoinAd.media have studied requirements of the advertisers well enough, that is why we have collected in our Marketplace the most popular and requested crypto services.

For example, right now you can buy the News Distribution to Crypto Websites service with one click and select the site where you want to publish your PR story, news, article, press release or review. Immediately after payment, your PR story gets to the publisher, who will instantly publish it on its website.

Various options of Banner Discount Packages + News Distribution to Crypto Websites are also available in the marketplace which provides the opportunity to buy banners and publications on the web sites at a good and attractive price.

The marketplace of CoinAD.media accepts payments in EUR, USD, USDT, BTC, ETH, XRP, LTC as well as any Bank or Credit Cards. In cooperation with CoinPayments we provide immediate prompt receipt of payments in cryptocurrencies with one click within a couple of minutes.

Save your money with the CoinAd.media Marketplace, get convenient and good advertising service with one click in your browser or mobile phone. We’ll take care of the rest.

The “Global Blockchain In Genomics Market By Type (Public, Federated, Private), By Application (Clinical Trials, IP Management, Drug Discovery, Data storage and security, Others), By Models, By Targets, By End User, By Region, Forecast & Opportunities, 2025” report has been added to ResearchAndMarkets.com’s offering.

The Global Blockchain in Genomics Market is expected to grow at a significant CAGR during the forecast period. Blockchain in genomics stores, manages and processes the transaction of genomic data between genomic data providers and its customers. Additionally, major factor driving the market is utility and demand to secure such transactions comprising of unique genomic data. However, the market is expected to be restrained due to the lack of understanding of utility of blockchain in genomics and high maintenance costs.

The market for global blockchain in genomics is segmented based on type, application, models, targets, end-user and region. The end-user segment is bifurcated into pharmaceutical companies and research institutes. Among these, pharmaceutical companies held the dominant market share in 2019 and the trend is likely to continue in the coming years as well. Additionally, pharma companies are mainly the ones carrying out the transaction of genomic data contributing to its leading position in the market.

In terms of regional analysis, North America held the dominant share in the market because of its rich economy and the presence of numerous research companies in the region. Additionally, Asia-Pacific is anticipated to witness fastest growth until 2025 as developing economies like India and China are now adopting blockchain in genomics.

Flash Labs will provide software development, integration services and funding to further expand the flexibility, availability and footprint of Elemental’s payroll software solutions. The team at Flash Labs is comprised of experts in Internet of Things (IoT) and blockchain technology, creating and enhancing solutions focused on the security, sanctity and usability of data. In conjunction with its Hyundai BS&C affiliates, Flash Labs offers “best of block” blockchain development and consulting services to companies looking to integrate their hardware and software products to public or private blockchains.

“Elemental set out with a mission to bring affordable consumer credit access to the millions of employed people currently unable to access affordable credit, instead relying on payday lenders and loan sharks, who charge usury interest rates,” says Oliver Gale, Founder and CEO of Elemental. This partnership with Flash Labs will accelerate the deployment of fairer solutions for all that need them.”

The PayMachine payroll and lending solution utilizes best-in-class machine learning, credit-scoring technology and smartphone delivery of funds. Elemental, by partnering with Flash Labs, is now in a position to become the market leader in emerging market consumer credit solutions.

“Elemental’s payroll and micro-loan solutions offer a perfect platform and synergy with the services provided by Flash Labs,” says Michael Woods, CEO & COO of Flash Labs Corporation. “Our knowledge of blockchain and its ability to provide secure immutable records with excellent transaction speed will help grow Elemental’s business throughout the globe.”

Worldwide interest in alternative currency payment options for contractors, employees and gig workers continues to soar, and Elemental is already gaining traction in Latin American and Asian markets. Follow each company on social media for updates and case studies involving new opportunities for credit lending with PayMachine, a global solution for payroll and micro-lending.

Verady, maker of the Ledgible cryptocurrency tax, accounting, and financial reporting platform, today announced its Ledgible Crypto Partner Program. The Program is designed to aid accountants, tax preparers and bookkeepers in managing the complexities of cryptocurrencies in order to retain current clients and gain new clients with crypto. Once a short form is completed and approved, members gain access to a Ledgible Tax Pro account for their firm and exclusive Partner content.

“With the recent questions on the IRS tax forms and more individuals and businesses buying, holding and spending cryptocurrency, there is a growing need to understand how digital assets align with accounting, reporting and verification in order for cryptocurrency adoption to go mainstream,” said John Wandrisco, Chief Commercial Officer at Verady, who recently joined the company after more than 20 years at Thomson Reuters. “The Ledgible Crypto Partner Program was developed to meet this need and advance the traditional financial and accounting support structure into the new digital economy.”

The Ledgible Crypto Partner Program helps traditional accounting professionals open a profitable new market segment for firms, and demonstrate leadership and expertise with the rapidly growing crypto industry. Program benefits vary by status and include access to the Ledgible Tax Pro, a subscription service where accounting professionals can centrally manage their crypto clients and their data. Members also have a listing on the Ledgible website, program communications and exclusive access to Partner-only information. Discounts are available based on the number of users and clients.

There is no charge to be a member of the Ledgible Crypto Partner Program. To sign up as a Ledgible Crypto Program Partner visit: https://ledgible.io/ledgible-crypto-partner-program-signup/ The first Partner-only information is the Crypto Tax Planning Playbook which details year end crypto tax planning.

Ledgible powered by Verady is a SOC audited platform for cryptocurrency and blockchain transaction accounting. Ledgible Tax Pro is the first solution designed specifically for professionals to assist their clients with crypto taxes. Ledgible for Business is your crypto subledger integrating with traditional platforms such as QuickBooks Online, Xero and NetSuite. Ledgible enables clients to save time and ensure accuracy by automatically syncing with information directly from cryptocurrency holdings and transactions.

SOCAR Trading Head of IT, Movsum Muslumzada, told the Reuters Commodity Trading Summit that, having upgraded its IT systems just prior to the COVID-19 outbreak, the trading company was able to quickly implement remote working without any operational interruptions. Speaking at a Reuters conference session on Overcoming Barriers to the Digitization of Commodities Trading, Mr. Muslumzada explained: “Moving to the cloud in 2019 was a game-changer for SOCAR Trading. When COVID-19 unexpectedly arrived in 2020, we were ready and had prepared our infrastructure so that people could work from any place on the planet. [Our digitized IT systems] helped a lot with communications and financially we had a good year.”

Mr. Muslumzada also called for the trading industry to adopt a general protocol and standards so that counterparties can exchange trading data and operational data.

Asked about blockchain, Mr. Muslumzada said that technology in itself is not a solution. “It’s all about how the platform is implemented and how it’s used and how easy it is to onboard people. We have a lot of systems but they need to be able to talk to others. If a blockchain is the solution, then we will sign up for it.”

According to Mr. Muslumzada, trust in technology is key. He continued, “Managers and decision-makers need to understand what technology tools are available, and to know how to use them and trust them. Five or six years ago, everybody was afraid of the cloud as it placed your data under somebody else’s control. Now, it’s becoming mainstream. So education is necessary.”

In recent months, SOCAR Trading has invested considerable time and resources in sophisticated IT systems, and digitized internal control frameworks have given the company the agility and the confidence to merit its status as one of the most successful global energy trading companies.

The openbusinesscouncil summit is a leading 2-day global virtual event that aims to strengthen businesses, startups and governments with digital transformation strategies and how to deal with the economic challenges and technology disruption arising from COVID-19. The two-day summit provides access to a unique audience of 100+ leading global speakers from over 30 countries and a direct reach of 10.000 participants and an indirect reach digital streaming in social media that reaches around 10 million people. The participants include potential partners and clients, leading global thought leaders, entrepreneurs, startups, accelerators, investors, authors and governments.

The summit has a solid focus on businesses and governments’ digital transformation strategies, and it will provide a road map of solutions, covering opportunities of how to work and collaborate as governments, businesses, cities, citizens and nations move forward with 4IR – Society 5.0. The summit will provide an international business and brand exposure through our media partners.

Dinis Guarda and Hilton Supra, founders of openbusinesscouncil.org, citiesabc.com and leading personalities on 4IR, AI, blockchain and smart cities, the curators of the event say:

“With businesses and startups facing uncertain times, a recession, drop in sales, and limited funding, the openbusinesscouncil summit will address today’s most pressing challenges with digital transformation solutions and what’s next for industries, cities, governments and businesses.”

2U, Inc. (Nasdaq: TWOU), a global leader in education technology, today announced a new partnership with SDA Bocconi School of Management to develop and launch a suite of short courses in business essentials, sales management, blockchain, and a new offering for both organizations—sustainable fashion. These four short courses will be available in 2021 through GetSmarter, a 2U, Inc. brand.

“At SDA Bocconi, we’re training the next generation of business leaders in the skills needed to guide companies to profitability with an emphasis on ethical and sustainable operations,” said Gabriele Trolio, Associate Dean for the Open Market and New Business Division of SDA Bocconi School of Management. “To continue delivering on this mission, we’re partnering with 2U to grow our global impact by delivering cutting-edge, rigorous online business programs to more learners in Italy and beyond.”

The global economy needs an infusion of skilled business talent, particularly in light of the COVID-19 pandemic. Professionals around the world need flexible training programs to help meet this demand while advancing their job prospects and career growth. Two areas in particular—blockchain and sustainable fashion—are on the rise in 2020, both on the B2B and B2C fronts. According to LinkedIn data, blockchain topped the list of hard skills employers are looking for in 2020. And according to a recent McKinsey survey, engagement in sustainability has deepened during the COVID-19 crisis, “with European consumers wanting fashion players to act responsibly and consider the environmental impacts of their business.”

With these new short courses, SDA Bocconi and 2U are giving professionals access to the in-demand skills training needed to lead today’s corporations, NGOs, and nonprofits to long-term success. 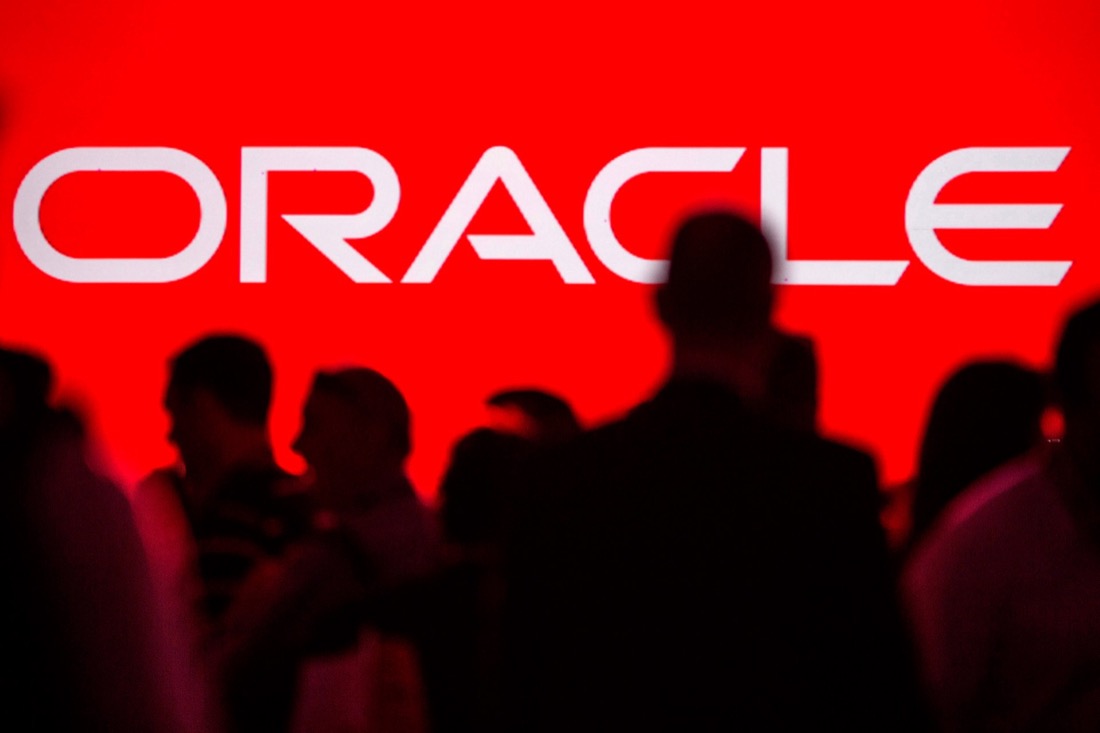 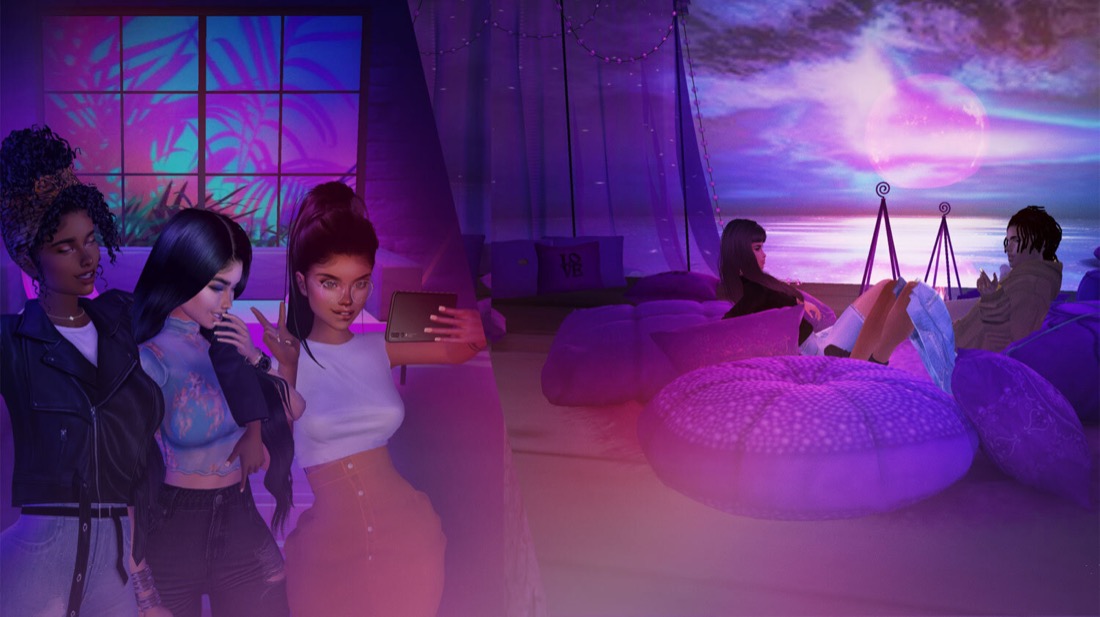 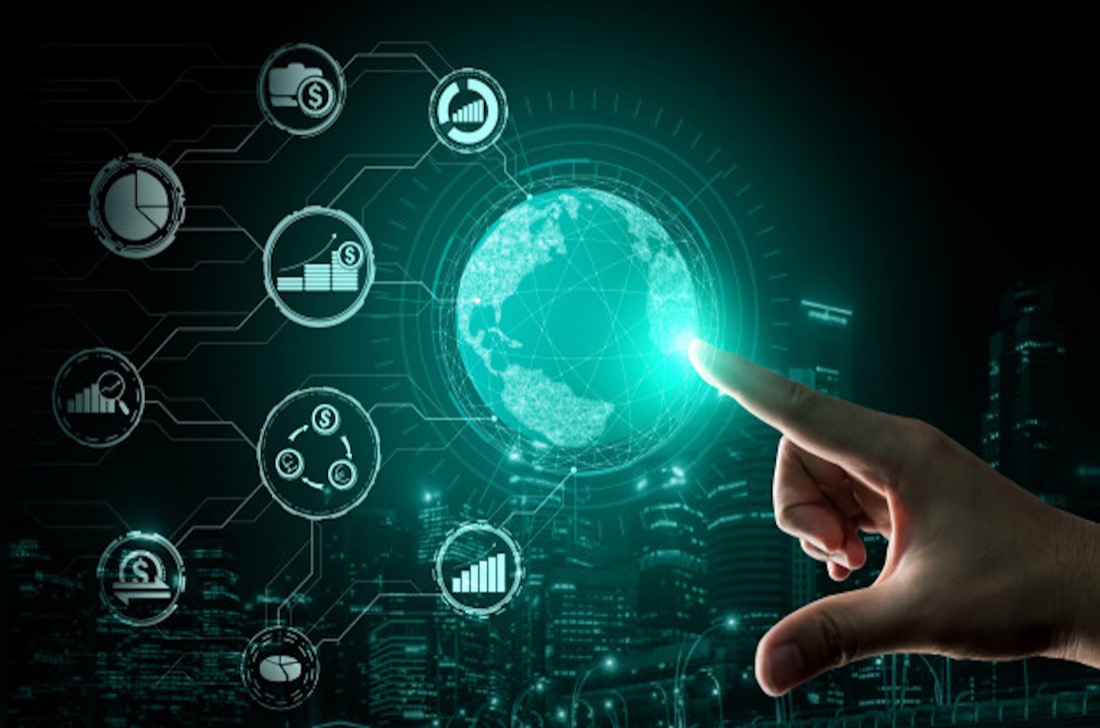 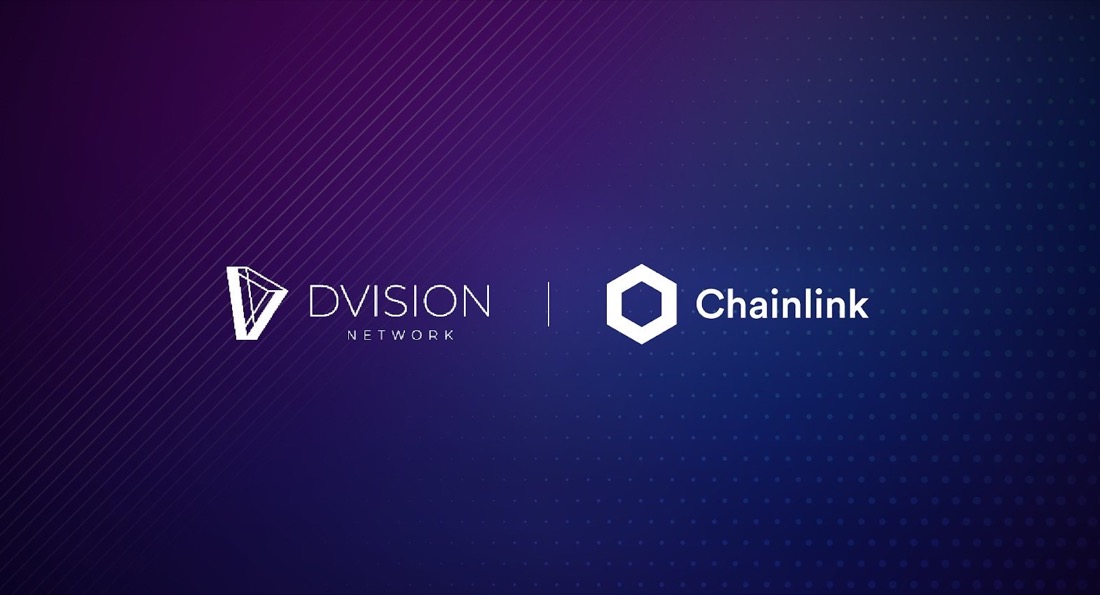 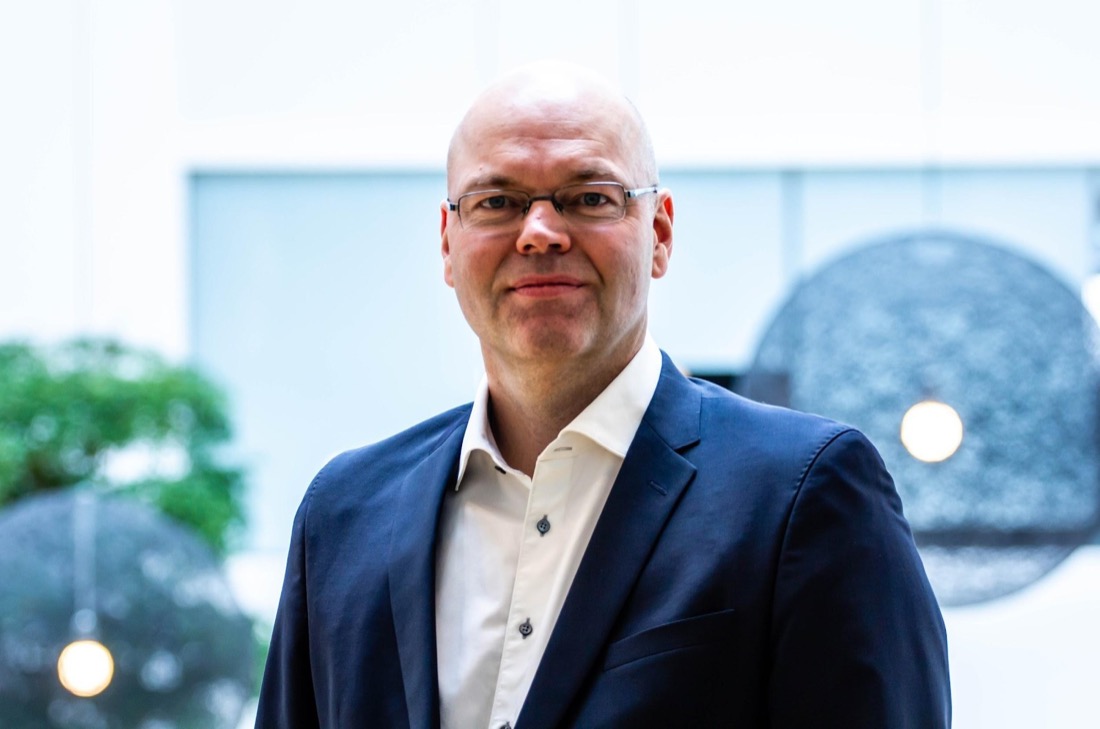 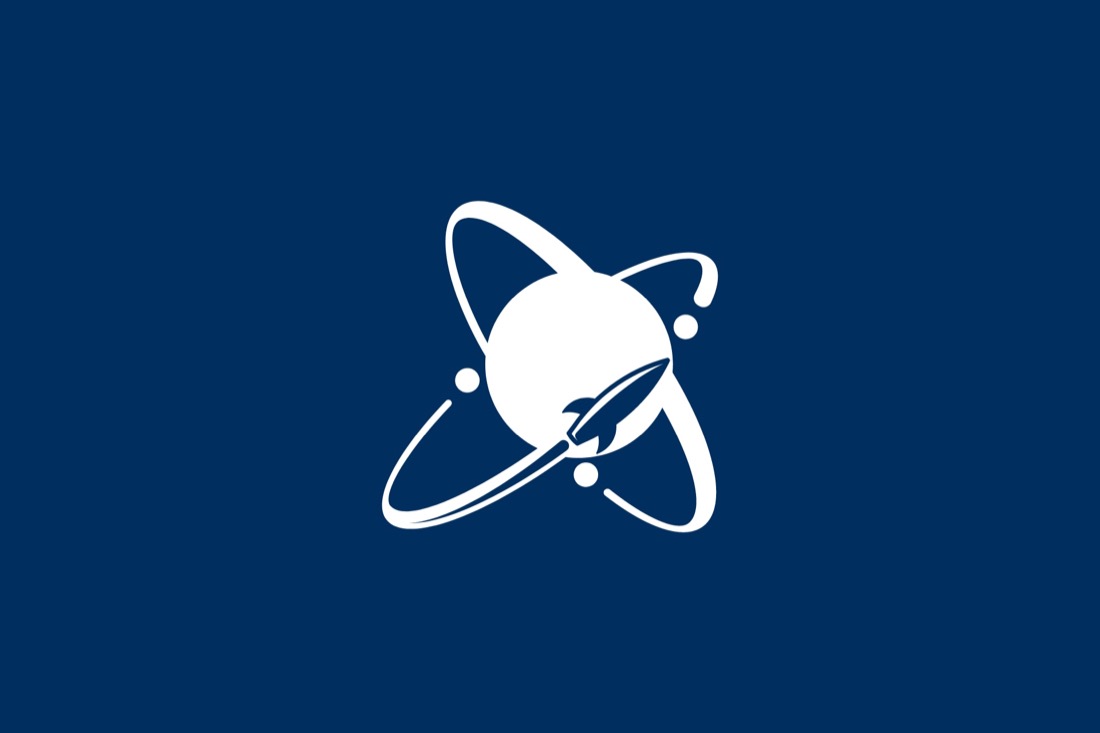 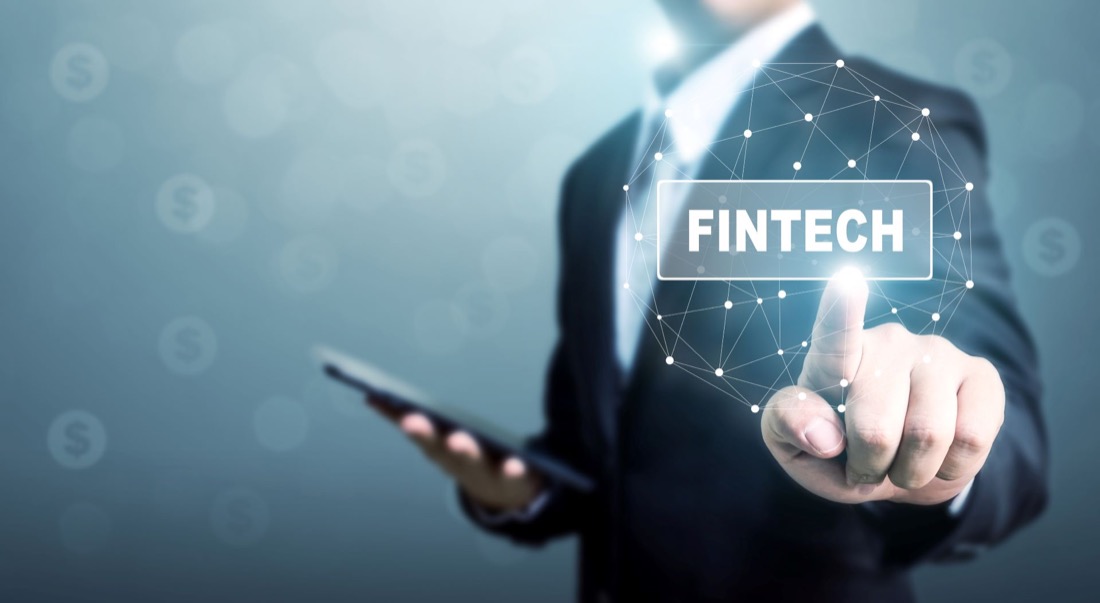 ZK International’s Subsidiary, xSigma Corporation, Completes its Smart Contract on the Heels of Bitcoin Hitting a High of $26,700 1777 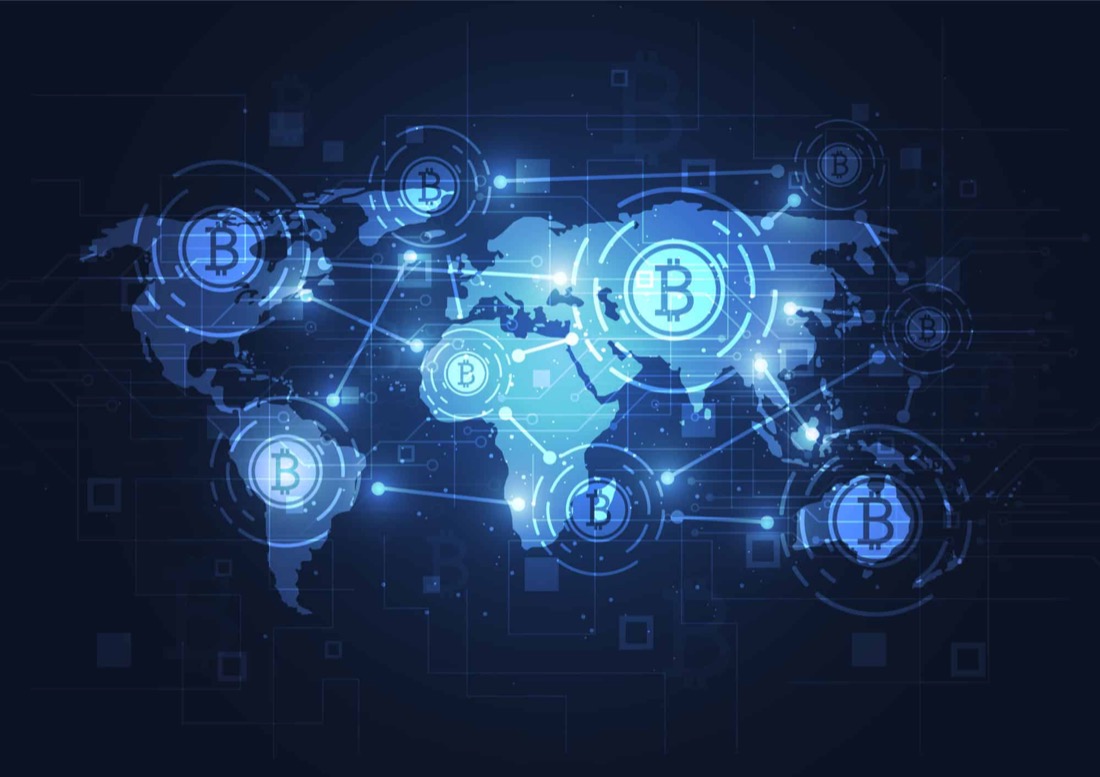 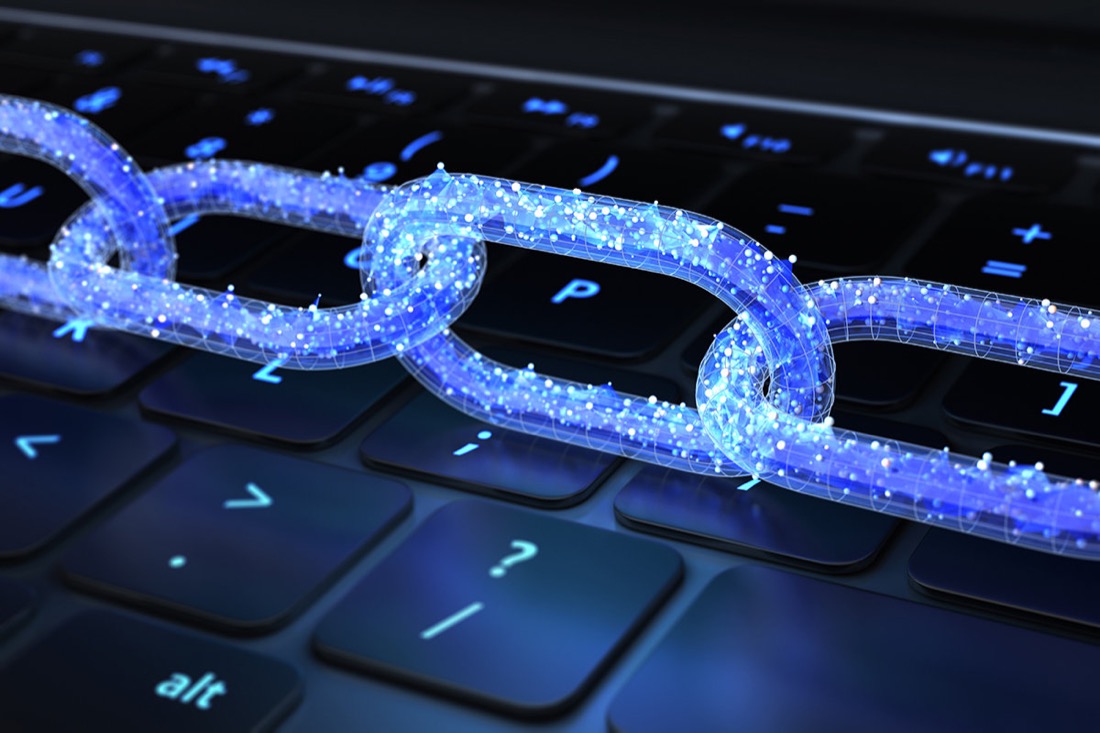 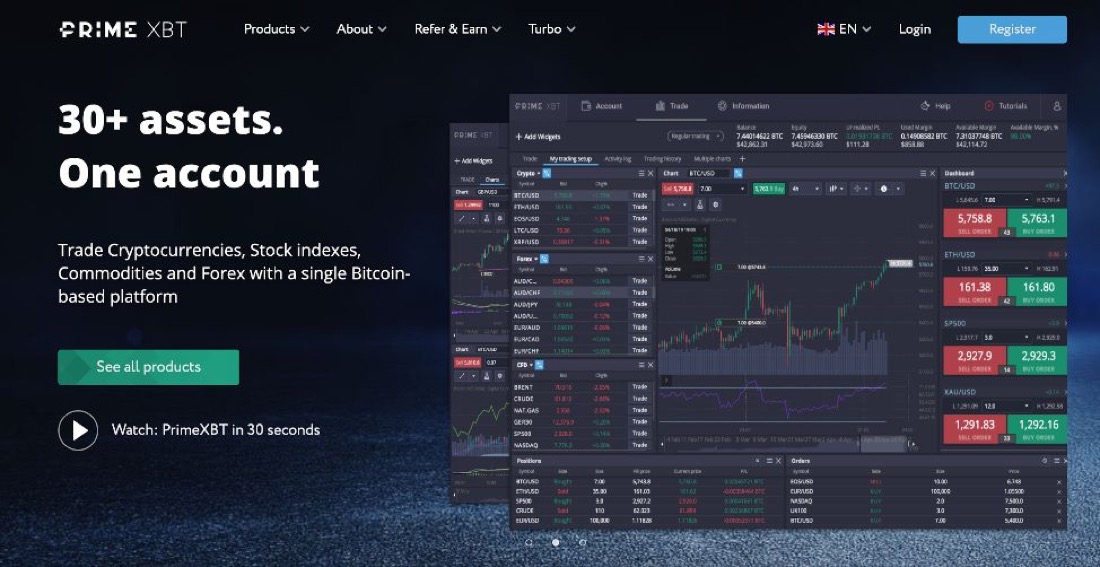