Crypto.com, the pioneering payments and cryptocurrency platform, is introducing SGD direct top-up for MCO Visa Cards in Singapore. A frequently requested feature, cardholders can now fund their MCO Visa Card with credit/debit cards, in addition to topping up from their Crypto Wallet.

Crypto.com was founded in 2016 on a simple belief: it’s a basic human right for everyone to control their money, data and identity. With over 1 million users on its platform today, Crypto.com provides a powerful alternative to traditional financial services, turning its vision of “cryptocurrency in every wallet” into reality, one customer at a time. Crypto.com is built on a solid foundation of security, privacy and compliance and is the first cryptocurrency company in the world to have CCSS Level 3, ISO27001:2013 and PCI:DSS 3.2.1, Level 1 compliance. Crypto.com is headquartered in Hong Kong with a 205+ strong team. For more information, please visit www.crypto.com. 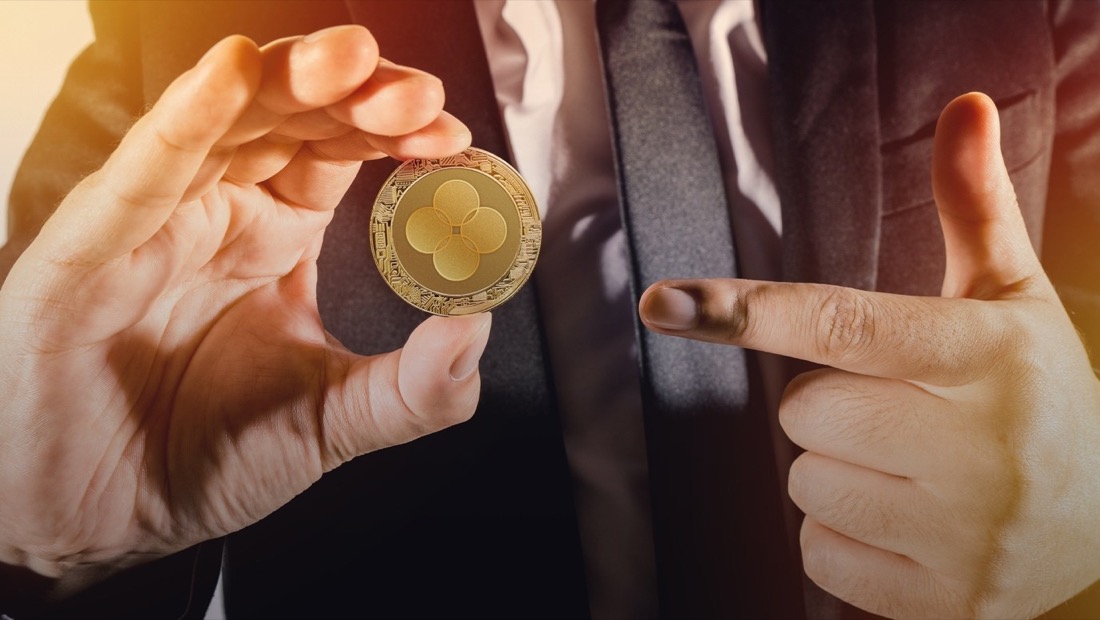 OKEx, the world-leading cryptocurrency exchange, has announced partnerships with 14 service providers, covering lifestyle, decentralized finance, and cybersecurity, to promote the adoption of OKB, the global utility token of the exchange.

Travelling, gaming, and mobile surfing comprise an essential part of the everyday life of many people nowadays. Now, with OKB, its users can easily book hotel stays, top up mobile, or gear up gaming experience via a range of lifestyle partners.

Nexo, the leading crypto lending institution, is pleased to announce that having secured long-term cost-efficient financing, it has significantly lowered the rates on its signature Instant Crypto Credit Lines to the benefit of its customers, effectively offering one of the lowest APRs (Annual Percentage Rates) in the blockchain space:

As the tokenization of the world progresses further, the improved interest rates guarantee that Nexo’s cutting-edge products are utilized by an even wider audience across the globe. One of the early examples is the world’s first crypto-backed mortgage issued by Nexo to Brock Pierce for the purchase of a second home, all the while retaining ownership of his Bitcoin – a concept that now finds wide-spread adoption in the blockchain community.

Building on top of the success with its products with cryptocurrencies and stablecoins, Nexo is now beginning to offer the same efficient mechanism of financing for tokenized gold, making gold-backed borrowing accessible for as little as $500, something that was previously reserved for the ultra-wealthy.

Moore and Benko are joining Sam Kazemian, co-founder of Everipedia and Frax to launch the first fully decentralized global currency aimed at eliminating currency transaction costs, while inhibiting currency manipulation, which is commonplace throughout the world.

Moore is joining Frax as co-founder and is a distinguished economist who plans to apply the skills and experience he acquired from the decades of financial public policy work at the highest levels.

“Frax is creating a new global economic monetary paradigm,” said Stephen Moore, chief economic officer at Frax. “Central banks will soon feel the competition from private currencies such as Frax. Currencies are intended to retain their value over time, but given the wild gyration in values of currencies and the struggle in many countries with hyperinflation, we need a global currency that has a stable value to benefit consumers, businesses and investors.”

Frax is the first algorithmically-driven global currency that is fully decentralized and backed by fractional reserves. All loans of Frax’s reserve assets are done on the blockchain, which eliminates the need for a central bank and ensures that Frax owners have complete confidentiality in how they spend their funds. As a noncustodial stablecoin, users can reliably trade the token around the world without fear for privacy invasions, government shut-downs and most importantly – price manipulations. Owners of Frax can send money around the world without worrying about remittances or fees meaning people can ensure that the money they send abroad will stay the same value today and tomorrow.

Benko also joins the executive team as general counsel. He is a national economic thought leader, a former deputy general counsel to President Ronald Reagan and was senior counselor to the Chamber of Digital Commerce, the leading trade association for the blockchain ecosystem.

“Frax’s unique and elegant design offers the prospect for success where other stablecoins have struggled,” said Benko. “It will empower owners to trade in a currency that they know will remain a stable unit of account and store of value and transparent and reliable across the globe. We aspire to make Frax what Bank of England governor Mark Carney called the ‘synthetic hegemonic currency’ of the future.”

“It is an honor to have Stephen and Ralph join Frax as we launch the world’s first truly decentralized stablecoin,” said Sam Kazemian, Everipedia co-founder and CEO of Frax. “With both of their exceptional perspectives, we are making a reliable, safe and secure stablecoin designed to make the world’s international financial and monetary system more stable and efficient, transforming the world of finance forever.”

Huobi Global announced ambitious plans for Turkey at the Eurasia Blockchain Summit, starting with the launch of a Turkish Lira (TRY) fiat gateway. Huobi reveals the fiat gateway is the first to be launched by a global exchange, providing Turkish users an accessible gateway to trade more assets with greater liquidity. During its opening remarks, the leading exchange platform and host of the inaugural event in Istanbul also unveiled the successful formation of a local team, localized language option on web (https://www.hbg.com/tr-tr/) and mobile app, exclusive trading fees, and a detailed strategy for Huobi Turkey and its crypto-friendly population.

The wave of conference announcements follows Huobi’s previous declaration to expand into the Turkish market. The Turkish Lira (TRY) on-ramp is estimated to be launched by year’s end with a TRY/USDT pairing. The service will provide users a means to easily deposit fiat currency via wire transfer and exchange for Tether (USDT) to trade crypto-to-crypto on Huobi Global. Alongside the launch announcement, Huobi also took the opportunity to outline an exclusive fee program for Turkish users to trade with 50% discount on transaction fees (0.1%) and as low as 0.07% transaction fees by holding Huobi Token (HT). The All Star VIP Program will also open to Turkish professional traders to trade with fees as low as 0.0078% across both Spot and Margin trades.

“In June, we first announced a series of initiatives to be rolled out in Turkey over the next several months, and we have since fulfilled these promises to the Turkish community,” said Livio Weng, CEO of Huobi Global. “Turkey is an important region for us, and we plan to bring Huobi’s six years of industry expertise, advanced ecosystem, and a standard of trust to the market, and trigger key conversations around long overdue for a thriving crypto community.

Mohit Davar, Regional President of Huobi Group, announced during the summit the establishment of a local team to head up its community, customer service, and business development efforts on the ground.

“Beginning with the landmark introduction of TRY/USDT trading, we will continue to demonstrate our deep commitment to the community via localized approaches to grow the market directly from our team in Istanbul,” said Davar.

The first annual Eurasia Blockchain Summit successfully brought together key industry leaders, Turkish government officials, and C-level representatives from local banks. Hosts Huobi Group and Kemer Partners realized their vision to have leading blockchain companies sit together with local establishments and discuss how they can support new projects as well as collaborate with traditional enterprises to adopt blockchain technology. Huobi Group CFO Chris Lee, Huobi University President Jianing Yu, and Huobi Research CEO Hubery Yuan all made appearances at the summit where they met with Turkish startups and projects to discuss partnerships at the local level.

Turkey has evolved into a thriving crypto-friendly nation and a theater of commerce for exchanges and blockchain businesses. Last month, the Turkish government revealed plans to create a national blockchain infrastructure to aid the public deployment of distributed ledger technology. Bitcoin is as popular as forex in Turkey, where 20% of the populace owns cryptocurrency, and the Lira is the fifth most popular fiat-crypto pair in the world.

Crypto.com, the pioneering payments and cryptocurrency platform, announced today that it has added PAXG to Crypto Earn, allowing users to enjoy up to 8% p.a. on their deposits.

PAX Gold (PAXG) is an asset-backed token where one token represents one fine troy ounce of a London Good Delivery gold bar, stored in professional vault facilities. Anyone who owns PAXG has ownership rights to that gold under the custody of Paxos Trust Company. Since PAXG represents physical gold, its value is tied directly to the real-time market value of that physical gold. On the Paxos platform, customers can convert their tokens to allocated gold, unallocated gold, or fiat currency (and vice versa) quickly and efficiently, reducing their exposure to settlement risk. For more information, visit: https://www.paxos.com/paxgold.

Crypto.com was founded in 2016 on a simple belief: it’s a basic human right for everyone to control their money, data and identity. With over 1 million users on its platform today, Crypto.com provides a powerful alternative to traditional financial services, turning its “vision of cryptocurrency in every wallet” into reality, one customer at a time. Crypto.com is built on a solid foundation of security, privacy and compliance and is the first cryptocurrency company in the world to have CCSS Level 3, ISO27001:2013 and PCI:DSS 3.2.1, Level 1 compliance. Crypto.com is headquartered in Hong Kong with a 170+ strong team. For more information, please visit www.crypto.com.

SimplyVital Health, Inc. (SVH) has been awarded a National Science Foundation (NSF) Small Business Technology Transfer (STTR) grant for $225,000 to conduct research and development (R&D) on the integration of the Graphene protocol with SVH’s Health Insurance Portability and Accountability Act (HIPAA) compatible blockchain protocol, Nexus. Graphene is a breakthrough in block propagation technology that requires a fraction of network resources, improving the performance of the blockchain while lowering its costs.

The broader impact of SVH’s research is to decrease healthcare costs by enabling data access through blockchain. Healthcare, globally, suffers from a lack of trust and value, halting the accessibility of beneficial healthcare information. Utilizing their experience in healthcare administration and advanced technology, SVH solved for trust and value, creating an avenue for safe data access.

“NSF is proud to support the technology of the future by funding the most creative, impactful ideas,” said Andrea Belz, Division Director of the Division of Industrial Innovation and Partnerships at NSF. “With our support, deep technology startups can guide basic science into meaningful solutions that address tremendous needs.”

“This grant is transformative and endorses blockchain as a viable tool to re-engineer healthcare,” said Kat Kuzmeskas, SVH’s CEO, “We are thrilled to represent the NSF with our blockchain work.”

NSF accepts Phase I proposals in June and December from small businesses with innovative science and technology solutions, and commercial potential. All proposals submitted to the NSF SBIR/STTR program undergo a rigorous merit-based review process. 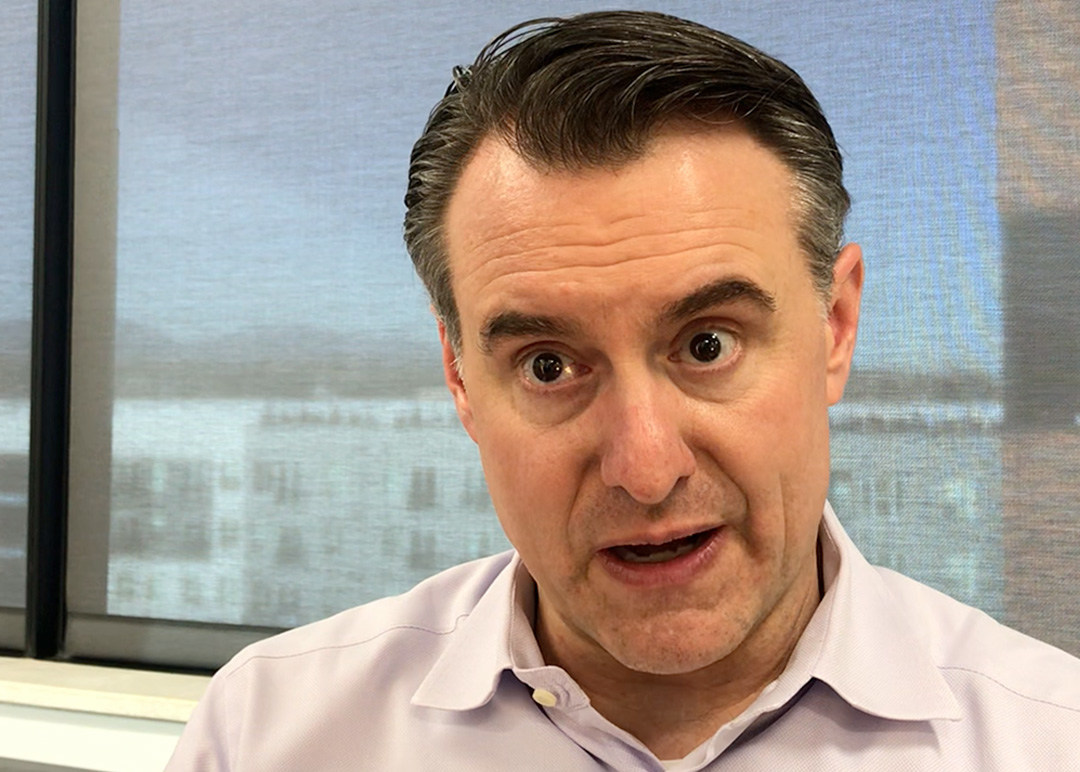 2020 is the Year SMBs Invade ERP, According to ERP Advisors Group Annual Report 255 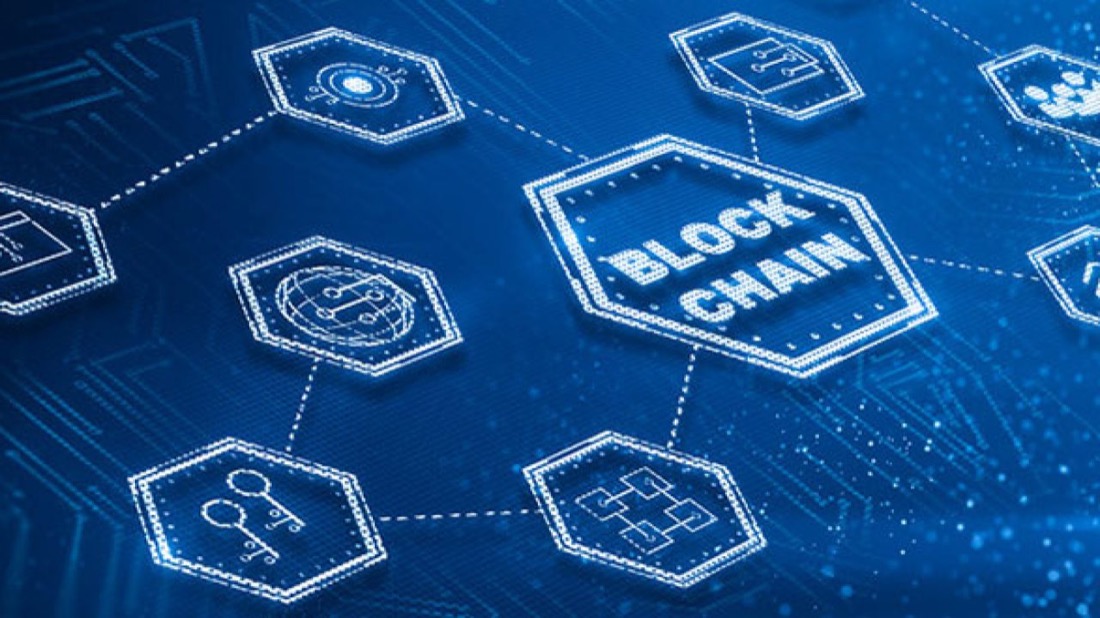 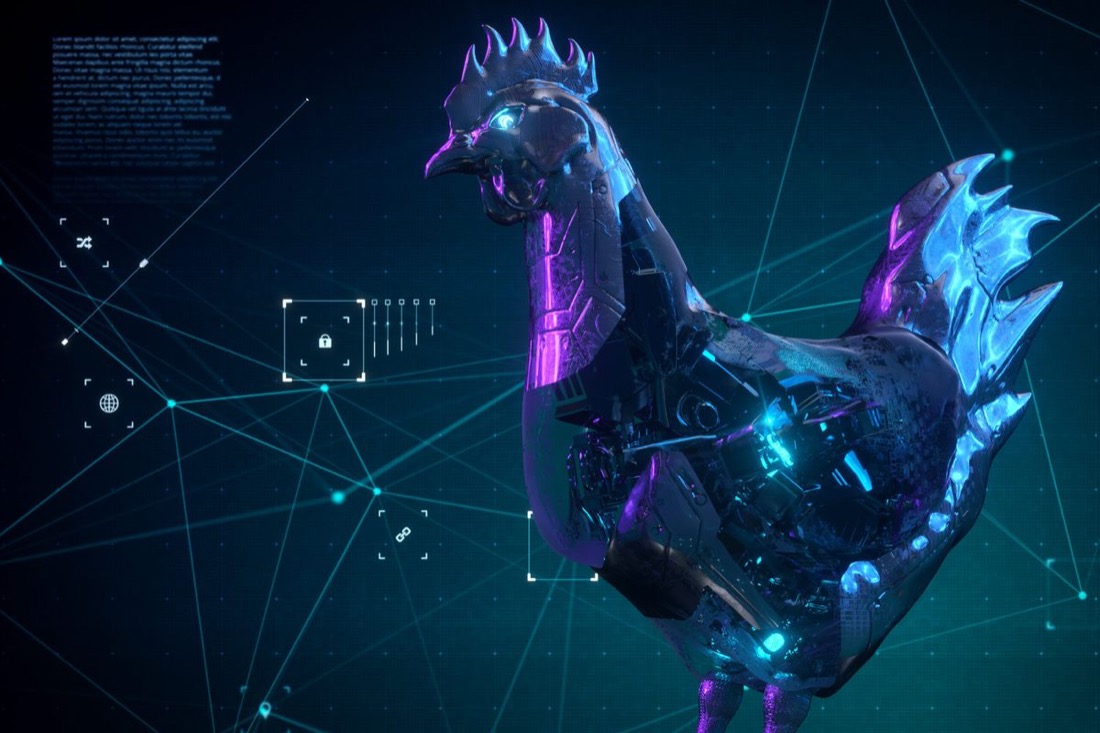 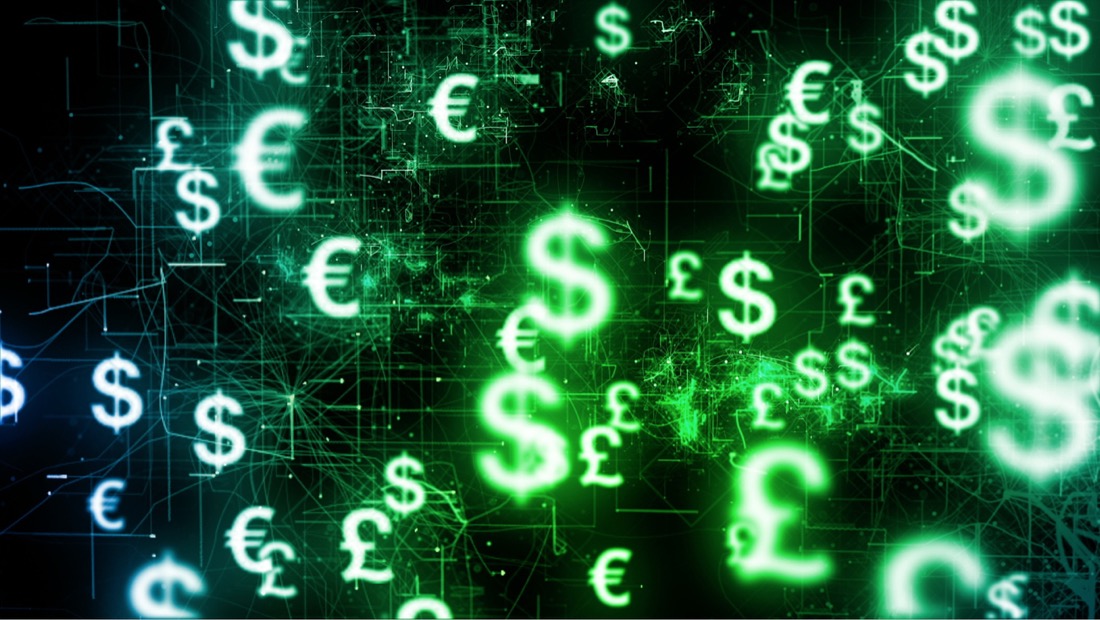 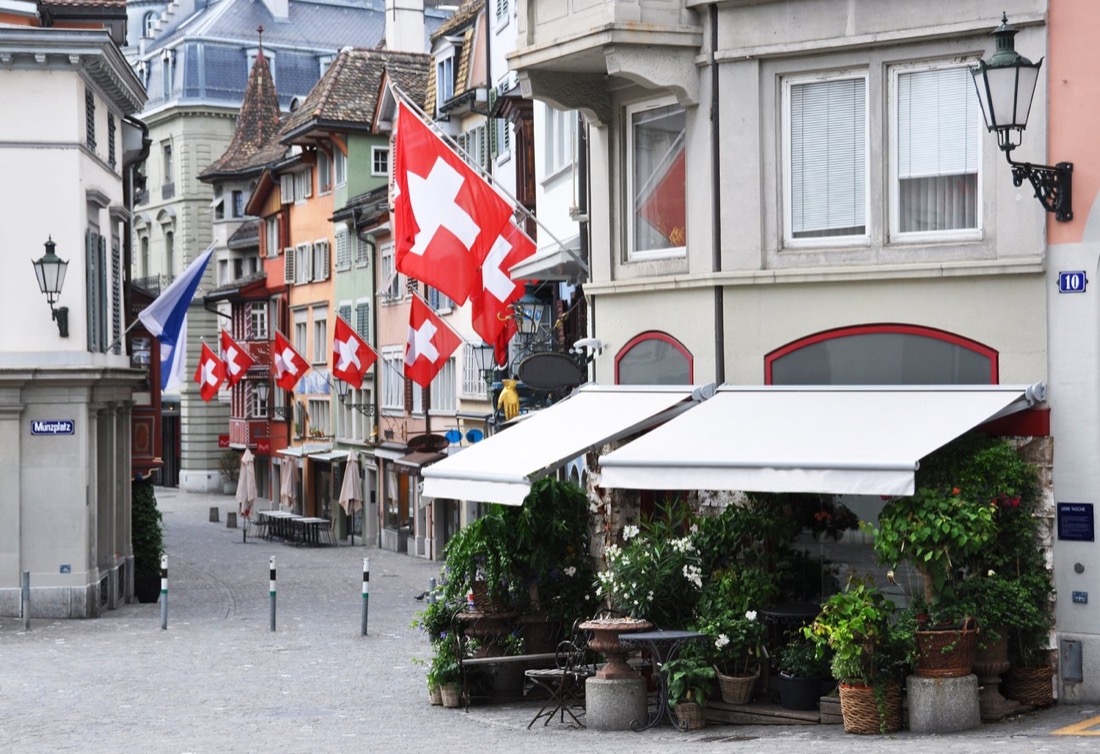 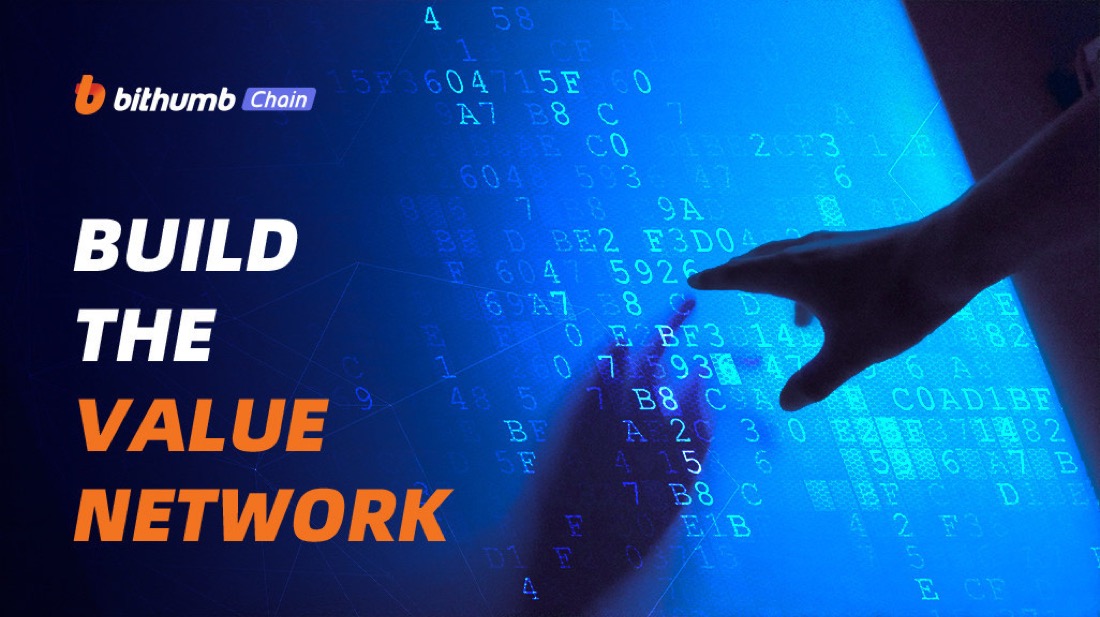 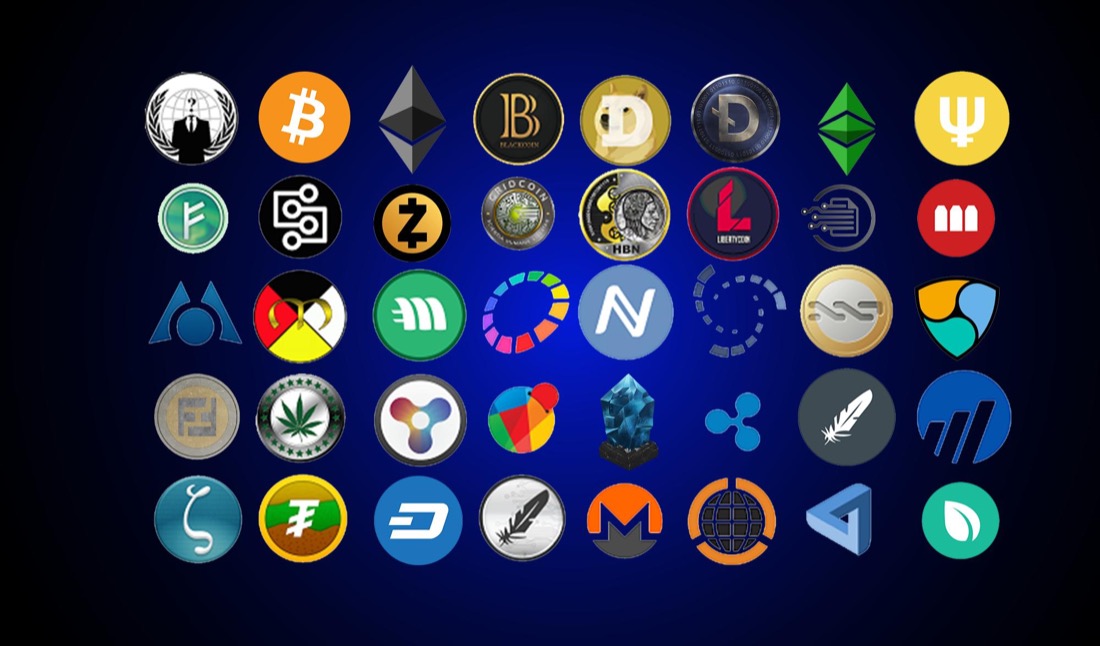 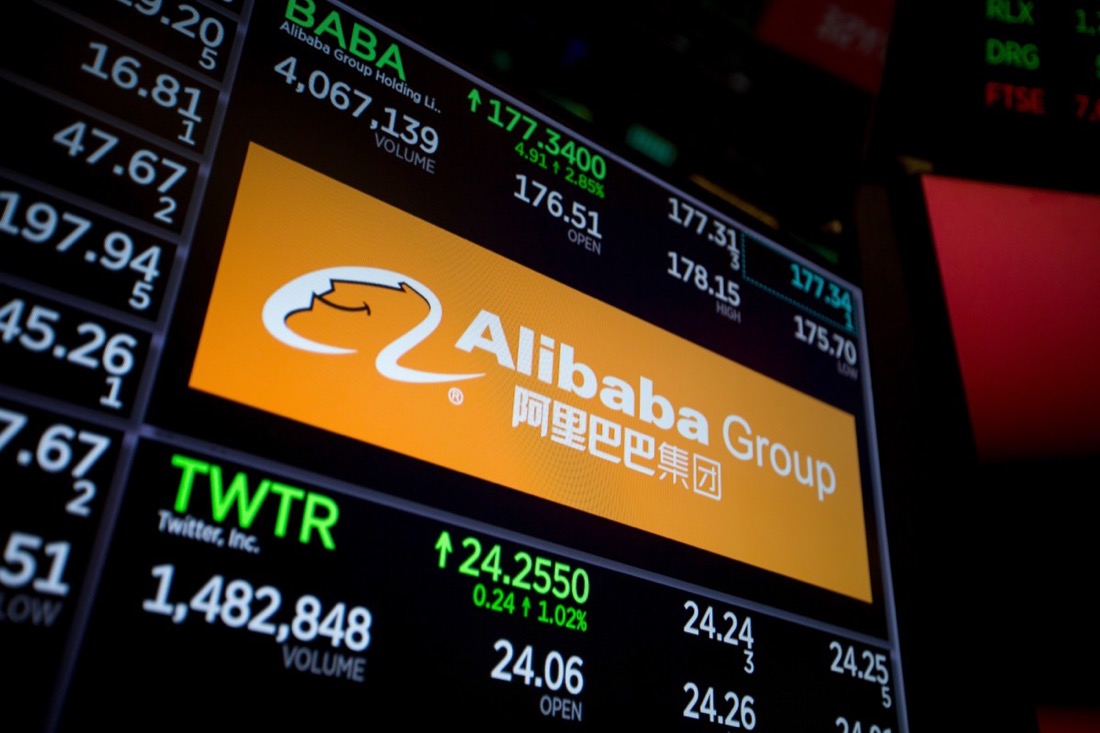 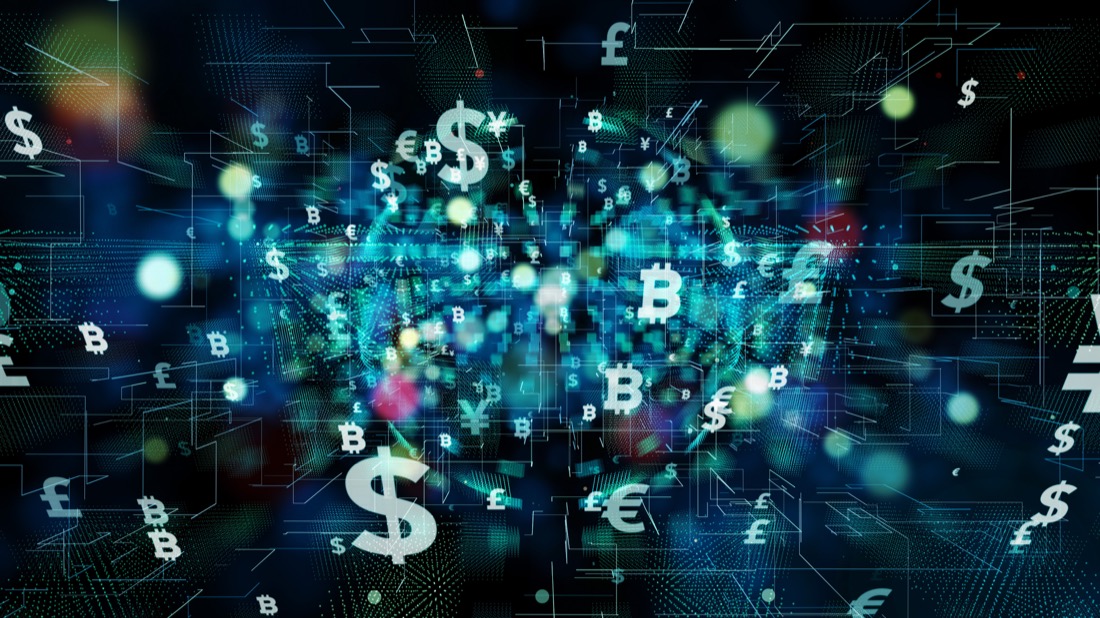